There’s no doubting that the success of Melbourne’s west is on the rise. Affordability, proximity to the city, the Western Bulldogs premiership win and the filming of Channel 10’s latest hit TV series: ‘The Wrong Girl’, only proves that Melbourne’s west is no longer the new up and coming suburb… It has arrived! And so has dancing in Melbourne’s west.
It’s been a long time since our kind of dancing has been available to Melbourne’s west on a regular basis. The studio in Yarraville closed in 2003 and the last 12 years has seen many dance companies come and go in the area… But not us! We live in the West, we love that there is so much growth and potential in every suburb, and we are here to stay!

FIT2MOVE has been holding classes in Yarraville, for over a year now, and there has been such a great response. It’s pretty clear the return of the Cha Cha was long overdue!
We kick off every Tuesday at Kindred Studios with our Kids Class at 5.30pm. We do 45 minute classes to make sure the Kids stay both active and attentive the entire class while the parents are free pop down stairs for a coffee or a herbal tea. Then at 7pm we have a Beginner’s Class and this is for anyone who has never danced a step in their life. You’re welcome to rock up any week that suits you and the first dance class is FREE! If you’ve been hanging out with us for a while and dreaming about being able to do the Dirty Dancing lift, then you’ll move up into the Intermediate class at 8pm.

We have the same deal in Werribee on a Thursday night. Kids class from 5.30pm as well as a Teens class at 6:15pm. Then, same as before, Beginners class from 7pm and the Intermediate class at 8pm. And of course the first dance class is FREE Also the: rock up any week that suits system still applies!
The best thing is our class structure is that you are able to come to any of our classes at any location and not miss a beat… or a step. How good’s that?! You can also grab a class pass and use at any of our locations, so you can be dancing in Melbourne’s west whenever you’re footloose and fancy free!

Like both ‘The Wrong Girl’ and the Western Bulldogs, this new year brings them back to Melbourne’s West for a new season. We’ll obviously be here, so keep your eye on our website and social media for announcements of new locations and classes coming in the New Year. It’s going to be a huge 2017 for FIT2MOVE, Lily and the Doggies! Go Doggies! 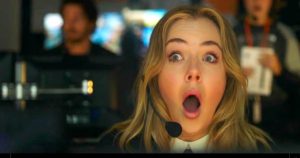