Why are there so many Aussies on Dancing with the Stars USA?

Dancing with the Stars

Not only has the AFL season kicked off this week, but Dancing with the Stars USA Season 24 has also. And no, that’s not a typo… The USA has produced 24 seasons! With big name stars, big budgets and lots of Aussie talent!

I for one, am thrilled that it has shimmied back into my newsfeed.  I probably follow 95% of the Pro dancers on all social media portals. It’s generally because I’ve either worked with them previously or have competed against them at some point during my competitive career. OR, in Valentine Chmerkovskiy’s case it’s just because he’s so gorg! #dreamboat 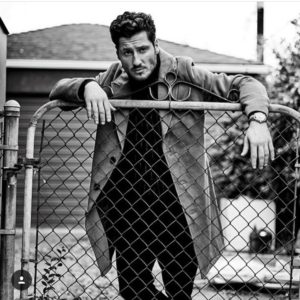 “When I’m not dancing (… shirtless), I’m just the boy next door”

The success of the show in the USA means the well established Pro’s, that reappear season after season, often have more of a profile than their fame eager “celebrities”. I imagine the topic of partner selection must be highly demanding for the producers during contract negotiations. I too would be demanding Val (saahhh hott)!

As a “celebrity”,ultimately you would want to be paired with someone who can dance (obvi), look after you on the dancefloor, make you look good and not steal the spotlight. Perhaps if they had previously taken home the mirror ball trophy that would also be considered an advantage.

Out of the 12 Pro dancers this season there are 4 Aussies:
Kym Johnson

Peta Murgatroyd (even though she legit just had a baby – Go Peta!)

Why are there so many Aussies on DWTS USA?

LA loves Aussies. Many Australian’s have found great opportunities that have turned into successful La La Land careers. These ballroom dancers are no exception!  You don’t end up on the other side of the world in a creative industry if you’re are not prepared to work. Giving up a dream job because you work over time or have to wear a hideously sparkly one piece is just not an option.

All the pro dancers on Dancing with the Stars have a solid understanding of ballroom and latin usually through a long competitive career. Although, there are a few contemporary dancers that use their profile from other reality televisions shows to extend their career and move over to Dancing with the Stars. A lot of the Pro’s are also recruited from the successful stage show Burn The Floor. Considered the world’s best ballroom dance company (also Australian built) allowing the very best level of training both off and on stage. Kym Johnson was in the original Burn the Floor cast and Peta, Sharna and Sasha were all featured cast members in the Broadway production.

The whole package. The three P’s I call them. I literally just made that up. But all the above listed Aussies, possess (another P, incase you’re counting) knowledge that is backed up with an aesthetically pleasing body and a personality to match! At the end of the day you want to give the producer no grounds for not re-hiring you for the upcoming season. It’s an integral part of continued success and improvement. Put simply – get your bum in the gym, pull out those tricks and crack a joke.

It’s no surprise to me that the Aussies are continually contracted to any of the DWTS franchises around the world, Natalie Lowe has been a pro on the UK version: Strictly Come Dancing since 2009 (after 5 seasons at home in Australia). For me it’s great to see Aussie dancers doing so well! I think they would all agree the key is to: work hard, continue to challenge yourself and have a personality that glows through the TV! 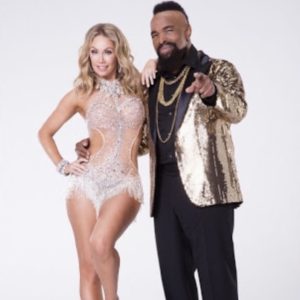